Waste that Money in a Way that Will Make You Happy

I wish word would spread far and wide to the "if only I had a degree in X, I will be saved from my misery" crowd that another degree isn't going to save them.

I have your interests at heart, my friend, and it's time for some tough love.  I may look like a hypocrite because I've got the letters "J.D." after my name, but if you were looking for buried IED's, and you sent Private Tim out there to find the bombs, and he hobbles back carrying his bloody limb, would you doubt his word that there were explosives buried beneath the road?

If you go into something like nursing or teaching about 10 years into your career, you actually stand a decent shot of beginning a new career without a lot of pain.

If you are going back to school because you think a MBA or some other degree is going to magically open a door to the riches you were denied, I have a better idea: Why don't you get a credit card with a $50,000 limit and use it to buy airline trips to Cancun, triple mocha lattes from Starbucks every day of the week, a brand new stereo system, a 3-D television, Prada clothing, and front row tickets to see the Rolling Stones?

Still, you reply, "buying thousands of dollars worth of mocha lattes sounds like a complete waste of money!  A business degree will help me make money!"

Just like the law, the high-paying jobs are only available to the very few from the top schools, with special emphasis on the young.

And here you are.  You've probably already established a family and are in a comfortable routine, even if you want more money or to get away from your dead-end situation.  Yet, if you're going to school because you don't want to take one for the team and pick up and move yours stuff to another city where they might be more opportunity, I am not sure what you think additional schooling is going to bring.

If you graduate with an M.B.A., only to find out that the job market in your chosen city is bone dry, what will you do then?

You can become like a lot of other people and simply let that new degree gather dust on the shelf while you continue to work in the bull shit job you were working before-hand while secretly harboring hope that someone will respond to your resumes.

It is sort of like if a sous chef from a 3-star French restaurant decided to move to Boonie Lake, Arkansas and is surprised that they can't find any fancy restaurants to work in.

Even so, you might find jobs in your chosen abode.  As so happens in many of these cases, you may also feel offended that these starter jobs pay so little.  Now, you have a house, family, and student loan debt.  You were counting upon the big salaries that you had read in a tiny blurb in U.S.A. Today, but as I said, those jobs went to a select few.  Again, the degree gathers dust.  This is especially true of those who were actually making good money before they went back to school.  It never fully crosses their mind that employers aren't that excited about what they used to do.  In fact, those people tend to be the biggest losers as it is only after they sunk all of that money and time into that degree that they are fully confronted by the reality  that it didn't double their salary.  They even discover to their horror that their salary noticeably shrank because that added income is now going to pay for student loans, and will be doing so for the next 10-30 years.

So, what I propose is that you actually enjoy that money with fabulous vacations to China and pay it off at a crippling interest rate instead of having years of your life being eaten up by boring subject matter and hours of study that have robbed you of time with friends and family and THEN paying a crippling interest rate.  You get to go to China, have a constant caffeine high on the good stuff (instead of being relegated to Maxwell House), and dress well.

In fact, quit being a wuss and cut out the middle man and go ahead and start applying for jobs elsewhere with your current background because that is what is going to end up happening with the new degree.
Posted by Chief Constable for the Area at 11:31 PM 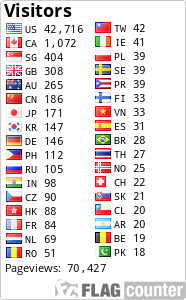